Three Honorees Thanks Unions for their Efforts at St. Louis PMC Outing 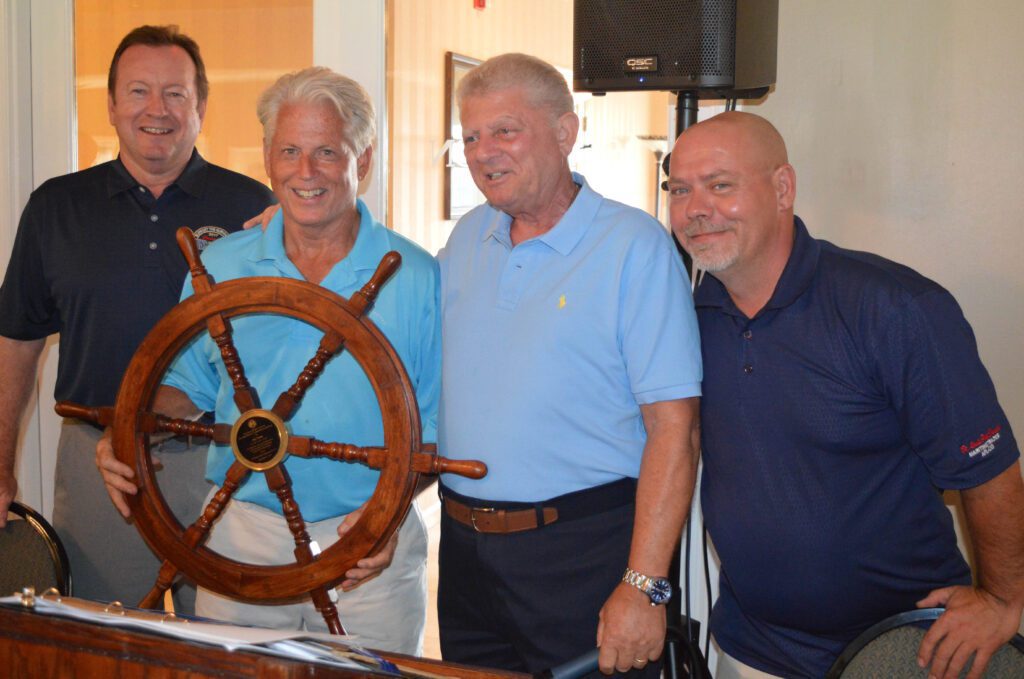 Honored by the PMC on September 8 were Pat Dolan, president of Sprinkler Fitters Local 268, as the Labor Man of the Year; Jim Kavanaugh, CEO of Worldwide Technology, as Management Man of the Year; and City of St. Louis Collector of Revenue Gregory FX Daly with the Able Helmsmen Award.

Dolan told the audience how honored he was to be recognized. A second-generation member of Local 268, he served as an apprentice for four years before becoming a journeyman in 1978.

“Labor unions always are the ones who lead the way,” Dolan stated. “We step up and are not looking for credit. We do it.”

He cited the good education he got growing up in a union family and said it is time to bring new young people into the trades to teach them the skills.

In introducing Dolan, PMC President Jack Martorelli told the gathering that Dolan was the youngest office holder in Local 268’s history in 1980. He became his local’s president in 2007. In addition, he was elected a St. Louis County Councilman in 2010, and re-elected in 2014.

Kavanaugh’s labor roots also comes from his father, who was the president of Bricklayers Local 1.

“I look at where I am today and I look at the unions and my dad and so many of the people here that I know,” said Kavanaugh upon receiving his award. He cited his dad for the “values, behavior and management” he practices with his systems integrator firm, and added his success “is due to my employees.”

He thanked “unions for all you’ve done” including the construction of his company’s new headquarters. “It warms my heart that so many people I know from unions are working on our building.”

PMC Vice President John Stiffler told the audience in his introduction of Kavanaugh that Worldwide Technology has grown from a start-up to 4,000 employees. He reminded all of the many community activities in which Kavanaugh has invested time and energy.

Daly saluted the union members for all the hard work they already have invested in stopping the state’s Right-to-Work law. [Last month, the Missouri AFL-CIO with its allies presented more than 310,000 signatures on petitions that halted implementation of the law – passed by the state legislature in January – until it goes before the state’s voters in November 2018.]

“These things just don’t happen,” Daly proclaimed. “This is the start of it all. You are the heart and soul of this movement. We’re going to be with you.”

Daly said he does not take for granted the support he receives from labor. “When it comes to winning elections and getting your voice out, it starts right here.”

Daly was introduced by MTD Executive Secretary-Treasurer Daniel Duncan who recapped Daly’s nearly 30-year career as a staffer and elected official within the City of St. Louis. He has served as the city’s collector of revenue since 2006 and instituted many reforms and upgrades to assist the taxpayers.